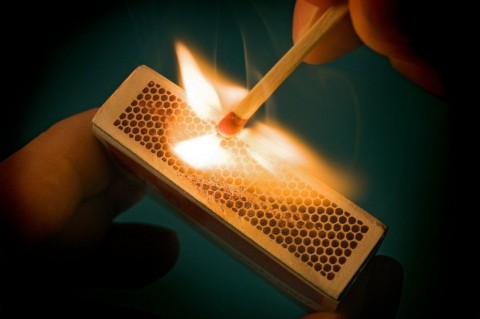 Two teenaged boys tossed lit matches along the Chimney Tops trail in the Smokey Mountains in Late November. The act resulted in 14 deaths, damaged 2,500 buildings and shut down the city of Gatlinburg, Tennessee during the peak of its winter tourism season.

These are two examples of stories reported this fall of youths setting fire in their communities. For IAFF members, it is a growing public safety concern.

The IAFF Charitable Foundation Burn Fund is working to increase prevention efforts and awareness about fires started by youth, including establishing the Youth Firesetting Information Repository and Evaluation System (YFIRES) as a national database and resource to support efforts. YFIRES assembles a body of information that will enhance the national understanding of youth firesetting behavior and help in developing evidence-based intervention strategies. The database allows registered users to input details about each individual firesetting case they encounter.

The IAFF has collaborated with behavioral health practitioners, educators and others to understand why young people set fires as a means of expression.  The explanations are oftentimes complex, varied and hard to understand.

“Youth firesetting causes significant numbers of injuries, deaths and property damage each year,” says Tom Flamm, IAFF Burn Coordinator. “Tragically the victims are mostly children. It is a preventable behavior that causes long-lasting negative effects and must be addressed. Despite its magnitude this issue has been largely minimized and misunderstood.”

According to the National Fire Protection Association, juvenile fire setting incidents cause 860 civilian injuries and nearly $235 million in property damage per year.

There is no set profile of a youth firesetter. Research collected indicates males ages eight to 14 have a higher reported incident rate of setting fires. Motives vary for each incident, but fires are often triggered by an emotional event, such as neglect or abuse.

In Colorado Springs, Colorado, the local fire department says youth arsons are on the rise. More children are seeking enrollment to the CSFD Fire Factor program aimed to prevent, intervene and educate youth about the consequences of setting fires. About half of those were charged with a misdemeanor or felony. Colorado Local 5 members are encouraging parents to watch their children carefully and to explain to them the legal and physical consequences of playing with fire.

For more information on this topic, visit the YFIRES website. YFIRES is now nationwide, with the goal of having every youth firesetting intervention program throughout the U.S. collect and share compatible data by 2018.

5 youths arrested in Norwich, CT in relation to two fires