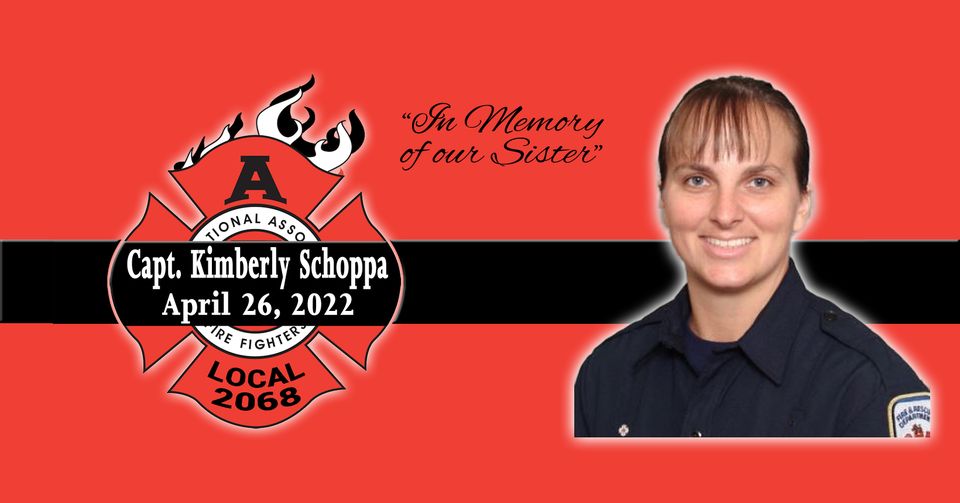 Fairfax County Professional Firefighters & Paramedics - IAFF Local 2068 is deeply saddened to share the line-of-duty death of our sister, Captain Kimberly Schoppa, after a courageous battle with occupational cancer on April 26, 2022.

Captain Schoppa was was hired by Fairfax County Fire & Rescue Department in 2004. She served the citizens of Fairfax County for over 18 years. She was assign to station 427 - West Springfield and a member of the Honor Guard at the time of her passing. Kim was only 49 years old.