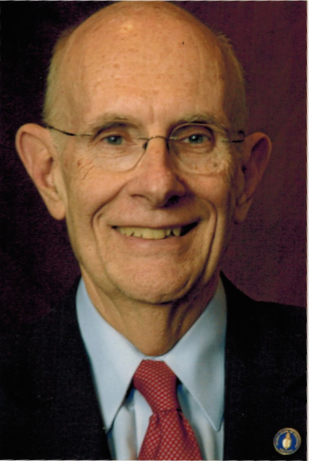 Jim was a well respected figure in Fairfax County politics for his entire career. He was first elected to public office in 1971. He represented the Providence District on the Fairfax County Board of Supervisors from 1972 to 1986. He left the Board to become Vice President of Community Affairs for INOVA Health System.

During his term with the Board, Jim was a champion of education and anti-poverty issues. He initiated an affordable health care study, which led to the founding of the county's Healthcare Advisory Board. He was a leader in the creation of the Human Rights Commission, and he was instrumental in the creation of the Office for Children and the implementation of the School Age Child Care program. During his time with the Board, Jim was known as the Board's "conscience," always looking out for those less fortunate who were not present to advocate for themselves. He was always a strong advocate for affordable housing, and he served as Chair of the Fairfax County Affordable Housing Advisory Committee.

In his first election to represent the 53rd district in the Virginia House of Delegates, Jim earned the nickname, "Landslide Jim." The official recount led to Jim being declared the ultimate victor, by 1 vote. His election that every vote counts proved. First elected Delegate in November 1991, Jim served his district from 1992 until 2014, a total of 22 years. Jim had important pieces of legislation enacted relating to anti-poverty programs, affordable housing, women's rights, and other progressive issues.

Jim was born in Galax, VA, and held B.A. and Masters degrees from the University of North Carolina, Chapel Hill. He also held a Master's Degree in Public Affairs from the George Mason University, where he was instrumental in the founding of the School of Conflict Analysis and Resolution. He is survived by his wife, Nancy, two daughters and one granddaughter.