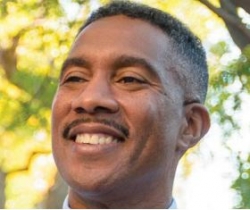 In an interview with the Alexandria Times Will said, “I feel like I have a calling to help people, There’s no other reason I ran for city council. People said I was going to be a politician, but I didn’t see it as me being a politician. I wanted to give back to a city that has done so much for me.

Will’s work on Coats for Kids, which is now backed by the IAFF, is just one of his many charitable campaigns. Many of us have worked on his Backpack Drive and the Toys for Tots events at FS 411.
Google Tweet Pin it
Tweet
More Articles By This Author
Dangerous Tax on Workers’ Healthcare Defeated
Dangerous Tax on Workers’ Healthcare Defeated – For Now – Due to IAFF’s Aggressive Lobbying ...
Battalion 5 - February 2017
Submitted by Battalion Director Tom Simcoe​ I am pleased to report that House Bill 1884 in the ...
You are now being logged in using your Facebook credentials